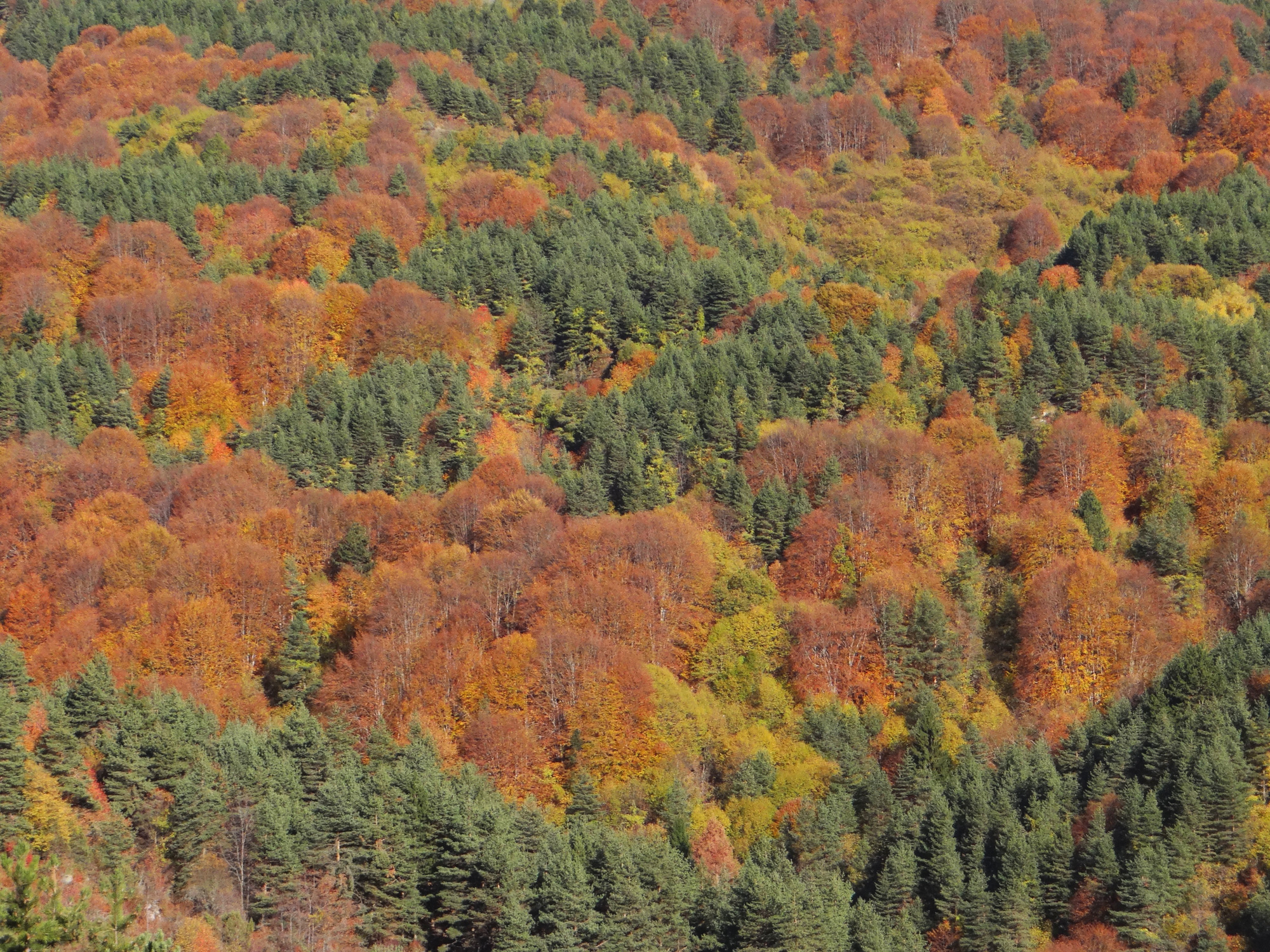 Main characteristics of Rodopi Mountain Range National Park (RMNP)
Rodopi Mountain Range National Park includes most of the west Greek Rodopi Mountain Range, occupying an area of more than 17.000 km2, and is divided into several zones of different protection status, including an area which has been characterized as virgin forest, and five areas, which are part of the Natura 2000 network. The rich biodiversity of RMNP is due to biogeographical reasons and because it acted as a refuge during the ice ages.
Vegetation at the lowlands consists mainly of oak and other thermophilus species forests, while, at higher altitudes, cold-tolerant species, like beech, scots pine and spruce, form dense forests. The vegetation mosaic is completed by meadows, peatlands and riparian vegetation along Nestos River and its tributaries. The most impressive aspect of vegetation and flora is that almost all vegetation zones of Europe occur within RMNP and many species are at their southernmost limit of their distribution, like spruce, scots and Balkan Pine, birch and grey alder.
Fauna consists of large carnivorous mammals, like brown bear and wolf, as well as herbivorous mammals, like red deer, roe deer, wild boar, chamois and a species rich avifauna. Especially, capercaillie are of great importance, since this species’ population is the significantly larger one of the two found in Greece. RMNP is the southernmost part of its distribution and is considered an ice age relic species and an indicator of mature and excellent conservation forests. For these reasons, capercaillie has been chosen as the emblem of RMNP.
Human activities vary inside RMNP according to the zoning protection status. Main professional activities include logging, extensive animal husbandry and apiculture. There is also significant hunting activity as well as outdoor activities, including two Ultra Marathon races taking place every year.