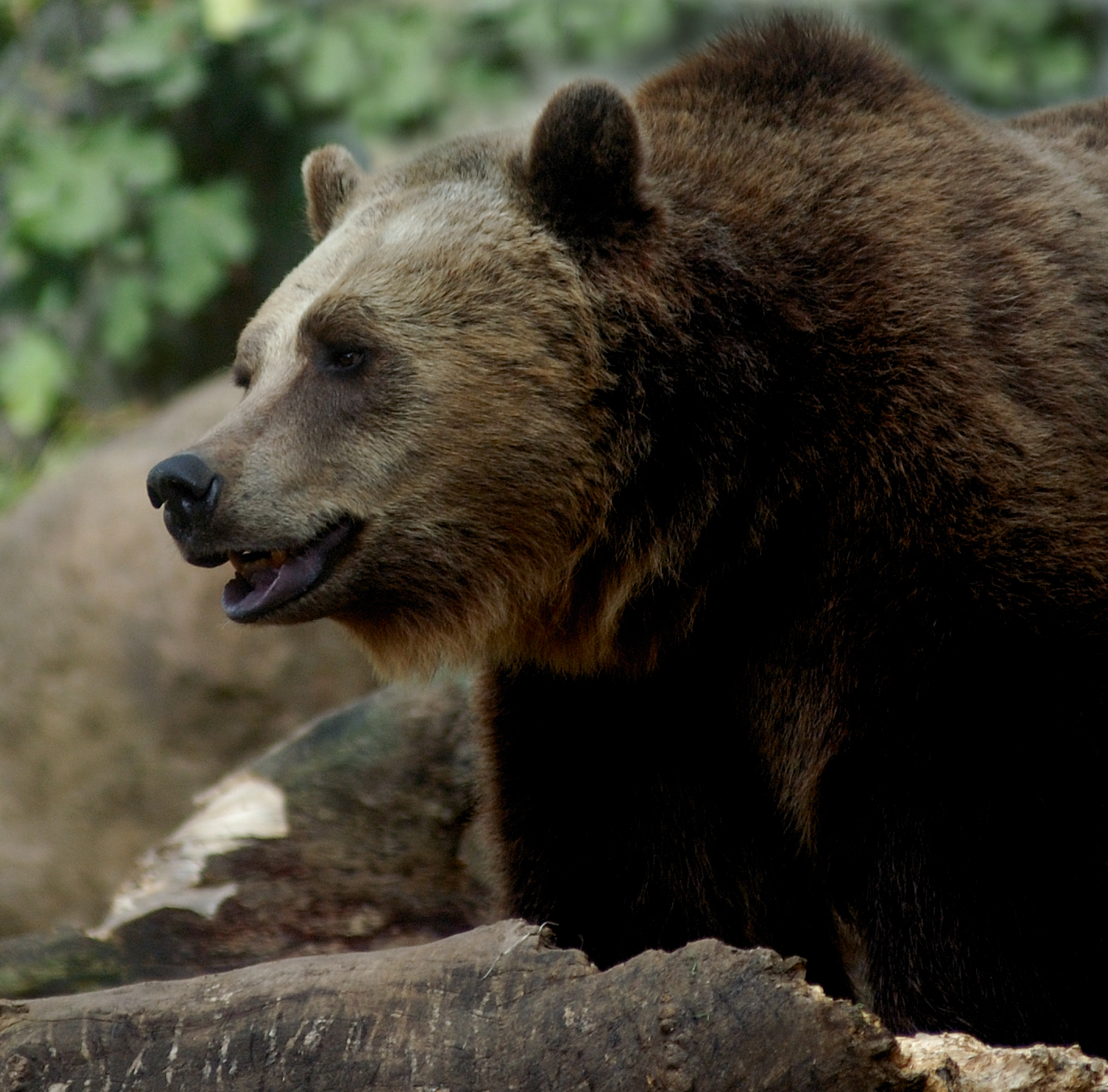 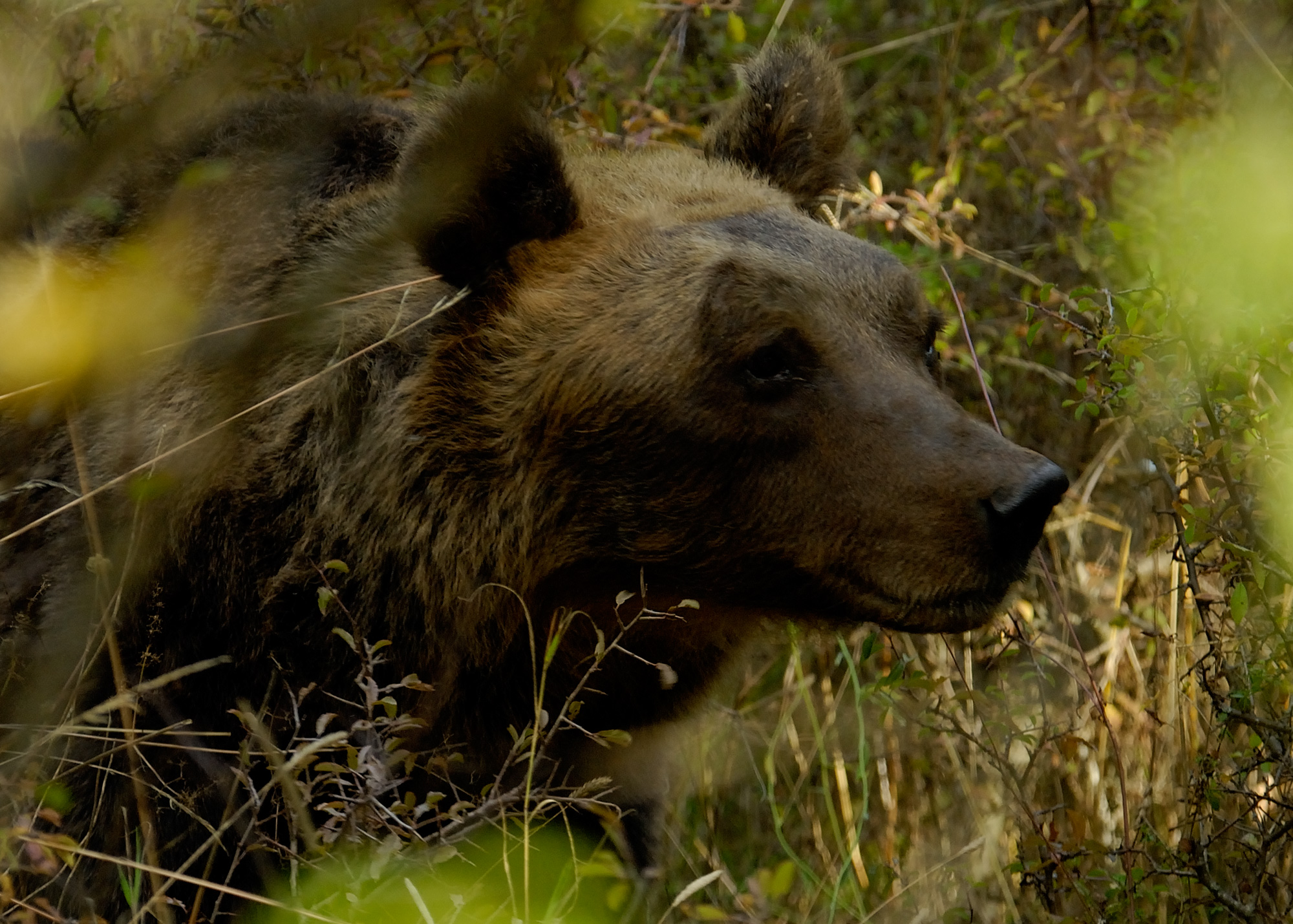 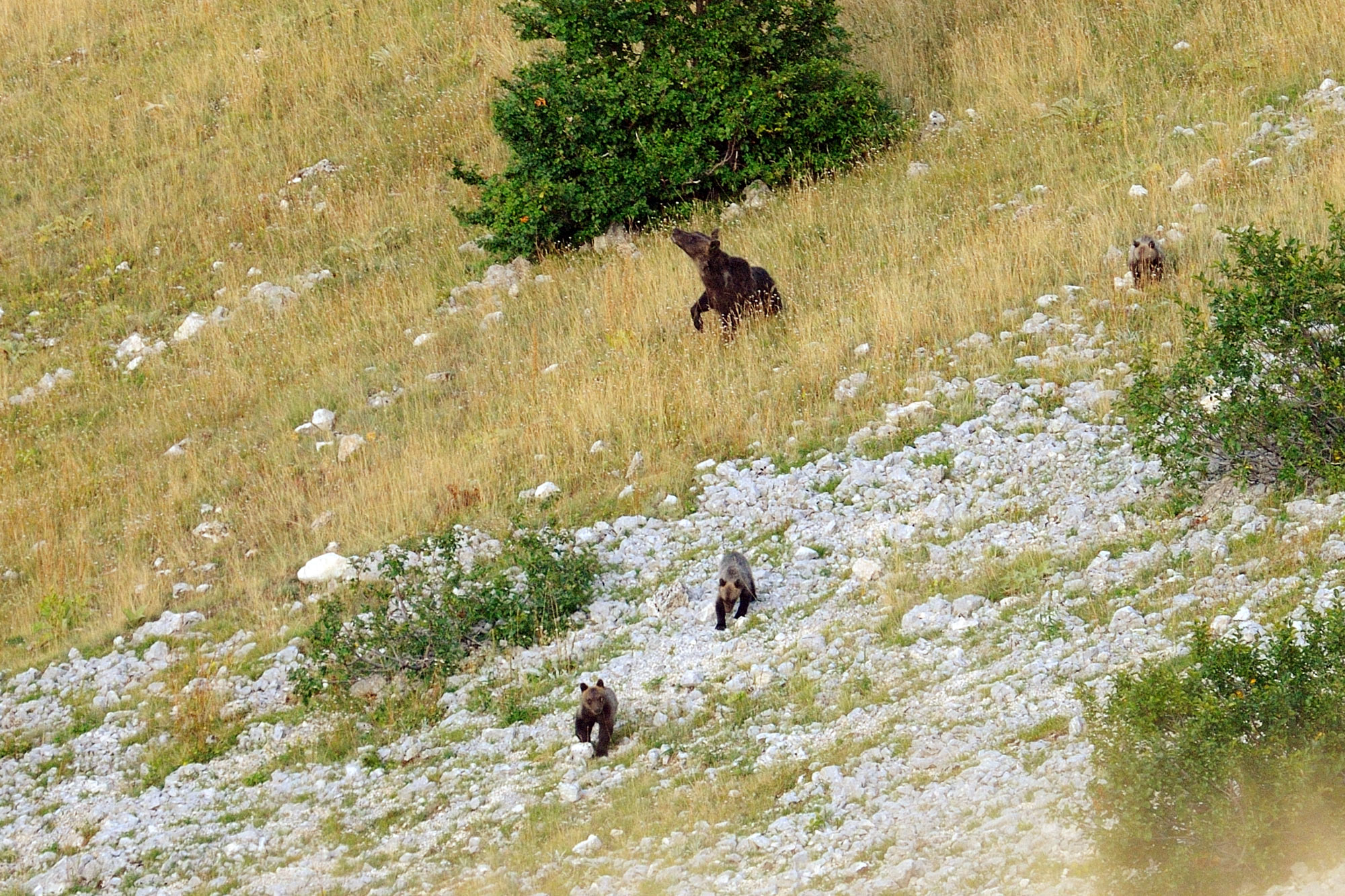 Distribution:
The Apennine brown bear (Ursus arctos marsicanus) is an Italian endemic subspecies of the Central Apennines, classified as Critically Endangered by the IUCN Red List. This subspecies shows relevant genetic, behavioral and morphological differences from the European brown bear, caused by a long isolation period (thousands of years, according to the most recent studies). The range of the Apennine brown bear in Central Italy has gradually decreased since the seventeenth century, with an evident contraction in the last 200 years, mainly due to the human persecution, until the adoption of its legal protection happened in Italy in 1939.
Currently, the population range includes the Abruzzo, Lazio e Molise National Park and its External Protection Zone, the Majella National Park, the Nature Reserve – WWF Oasis Gole del Sagittario, the Nature Reserve Monte Genzana e Alto Gizio, and other neighboring mountain areas, for an estimated total range of ​​4.392 km2. A sporadic presence of erratic individuals is detected in a 10.000 Km2 area of suitable habitat encompassed in 5 regions and 12 provinces.

Population size:
The small remnant population of this endemic subspecies is estimated in 50 (CI 45-69) individuals in the core area of its range. The demographic trend is strongly conditioned by the range expansion as the increase in the number of individuals is only possible if bears disperse from the source core area to new territories.
The establishment of new protected areas during the 90’s determined an increased availability of protected territories as well as an increased monitoring, resulting in an augmented capability to detect the bear presence. Actually, in the last 20 years, several positive signals of range expansion have been detected and these include both verified bear-presence signs and the presence of females with cubs outside the core area. This last datum is particularly relevant in the frame of the bear population conservation.
The Majella National Park has a central role in this sense, as a stable bear presence has been detected at least since 2012, at least 3 reproductive females have been detected and at least two of them reproduced giving birth to 5 cubs in 4 years (2014-2018).

Conservation status:
Currently the Apennine brown bear is critically endangered. The major threats to its conservation have been identified in the National Action Plan for bear protection (PATOM) and recent studies identify the high human-caused mortality rate as the most important factor to counter to implement an effective conservation strategy.
All the management documents produced for the protection of the Apennine brown bear can be consulted on the website of the Italian Ministry of the Environment at the following link: https://www.minambiente.it/pagina/piano-dazione -the-protection-dellOrso-Marsicano-PATOM

Habitat:
The estimated population range (4.392 km2) includes two separated areas: a largest one that includes the central and historical presence area, and a small portion in the Monti Sibillini National Park, frequented by an adult male from 2006 to 2010. The 46,8% of the Apennine bear range is included in protected areas and the 59,4% in the Natura 2000 network; therefore 63,5% of the range overlaps with protected territories.
Suitable habitat availability seems to adequate to support a viable bear population in the Apennine. Therefore, as confirmed by the most recent studies, habitat availability and quality at the moment are not critical factors for bear conservation. However, current availability of suitable habitat needs to be maintained in the future as well as current ecological connectivity needs to be preserved and/or restored.

Mortality:
Death causes of the Apennine brown bear are both natural and human-related. The human-caused mortality (illegal or accidental) is the most frequent cause of death for this population. Considering the good birth rates and the good availability of suitable habitats for the species, currently the human-caused mortality, also related to the human-bear conflict, is considered the main threat to the conservation of this small population.
Road mortality is an accidental mortality cause potentially very threatening due to the presence of roads both in suitable and connection areas. In 2019 two adult females died along a road in a connection area between the Abruzzo, Lazio e Molise NP, the Majella NP and Northern Molise region. This dramatic event caused invaluable loss of genetic heritage and of reproductive potential (adult female replacement in the population requires an average of 12 years). The mitigation of the road mortality risk is, indeed, addressed by a specific project, the Life SAFE-CROSSING, of which the PNM is an associated beneficiary (https://life.safe-crossing.eu/).
Illegal mortality can be favoured by a low knowledge of the bear and by the arising of human-bear conflicts, especially in recolonization areas. In the Majella National Park, data collected in the last years reveal a risky situation in this sense for two reasons: the bear presence led to the happening of damages and other human-bear interactions potentially capable to arise human-bear conflicts; the “new” bear presence is often perceived as a danger by people as the long absence (or sporadic presence) of the bear in the PNM erased the historical memory and knowledge of the bear in the local communities.
For this reason, the LIFE ARCPROM Project, dealing with the mitigation of the human-bear conflict, plays a crucial role to ensure the survival and conservation of the Apennine brown bear.