In the Maiella National Park, the work of the Stakeholder Platform continues: the phase of defining the actions for coexistence has begun!

On 5 July, the third meeting of the Stakeholder Platform for coexistence with the Apennine brown bear was held at the Park headquarters in Sulmona.

The process, which began in June 2021, saw the active involvement of representatives of the subjects interested by the presence of the bear in the Park: management bodies, surveillance bodies, local administrators, economic subjects (such as beekeepers, truffle-searchers, farmers), tourism organizations, environmental associations, environmental educators.

Starting from the analysis of the activities already developed by the Park on this theme or under construction thanks to the LIFE ARCPROM project, the participants have worked in the last year to define an ambitious reference scenario towards which to aim for the future.

All the activities carried out in the area by the organizations or in the frame of other Life projects on the subject (e.g. the Life Safe Crossing where the Maiella National Park is a partner) have been shared, the areas of possible collaboration for the future were explored and current critical issues were highlighted, in order to identify the margins for improvement.

The third meeting, now halfway through the course, was therefore dedicated to acquiring useful information for the conception and development of actions shared between the subjects participating in the platform: the results of the survey work on the territory were presented (divided into workshops in the Municipalities of the Park and questionnaires disseminated among the population), to understand what perceptions people who live and work “in contact” with the bear have and what are the most critical issues to focus on.

Participants were provided with the fundamental elements of bear ethology, which can serve to better understand how to behave in its presence and how to respect its status as a wild animal. An important update was provided on the progress of the actions of the Life ARCPROM in the Maiella National Park, including the creation of the first Bear Trail with an educational function in Abruzzo and the granting of the Bear Friendly label. Regarding this last issue, a fundamental dialogue has been initiated within the Platform with the Agriculture Department of the Abruzzo Region, interested in systematizing and enhancing such good practices born in MNP.

Once the potential obstacles that can stand between the stakeholders and the implementation of the reference scenario have been identified, as well as the opportunities that can help them along the way, the participants are now ready for the work of defining the actions!

The next appointment is set for autumn 2022, with the task for all organizations to assess their own capacity for action and possible collaboration. 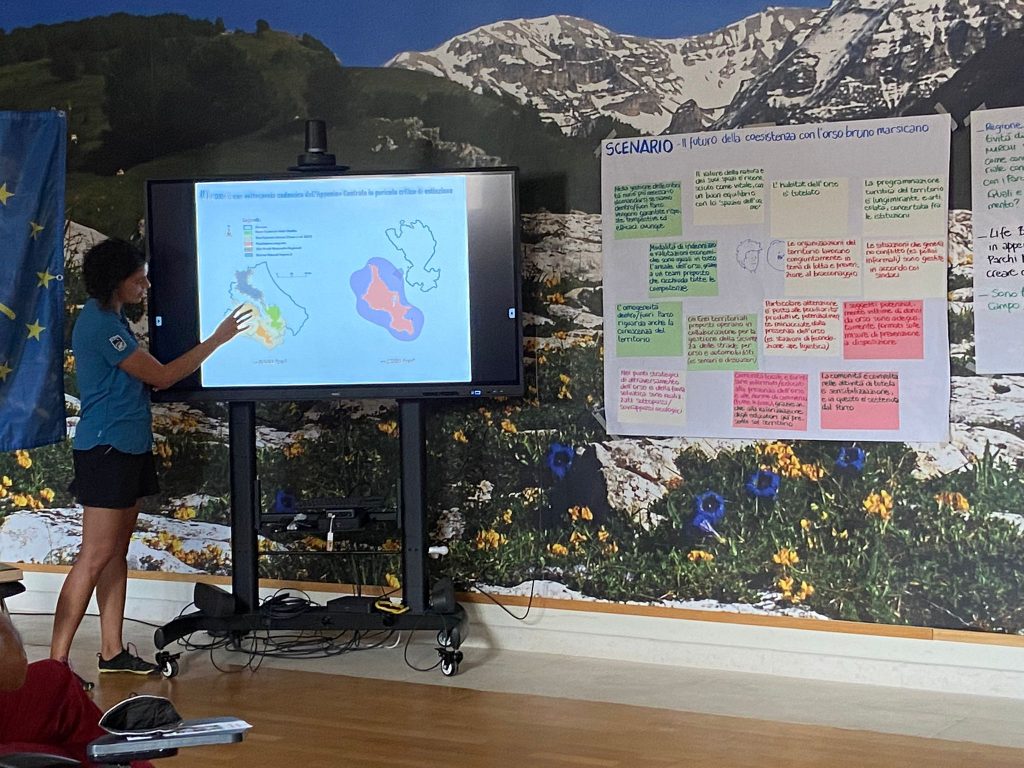