WWF volunteers and Maiella National Park together to increase the knowledge and awareness of citizens so that a stable population of Apennine brown bears can settle, reproduce and play its ecological role in the ecosystem: the effort is to cancel or minimize the anthropogenic threats for this key species of the protected fauna of the Apennines.

This is the goal of the first Coexistence Tour – Welcome back gentle bear- which from 7 to 11 September will meet the inhabitants of the territories of the Maiella National Park where the presence of the Apennine brown bear is increasingly tangible.

Five stops are planned: Roccamorice, Campo di Giove, Palena, Pizzoferrato and Ateleta. In all locations, the camper supporting the tour will be active from 10 am until sunset.

WWF Italy volunteers, together with the Park personnel, will organize exhibitions, educational activities for adults as well as educational activities and games for children and teenagers. Information materials will be distributed on the main rules to be adopted in interacting with the bear, both during excursions and in the management of economic activities.

The Coexistence Tour is part of the activities carried out within the Action C6 of the LIFE-ARCPROM Project, co-financed with the LIFE Nature funds of the European Union and which involves the competent management bodies of 3 protected areas in Greece (Parks Nationals of Rodopi, Prespa and Nord Pindo) and the Maiella National Park in Italy, where the target is the Apennine brown bear, a subspecies that survives only in the Central Apennines. 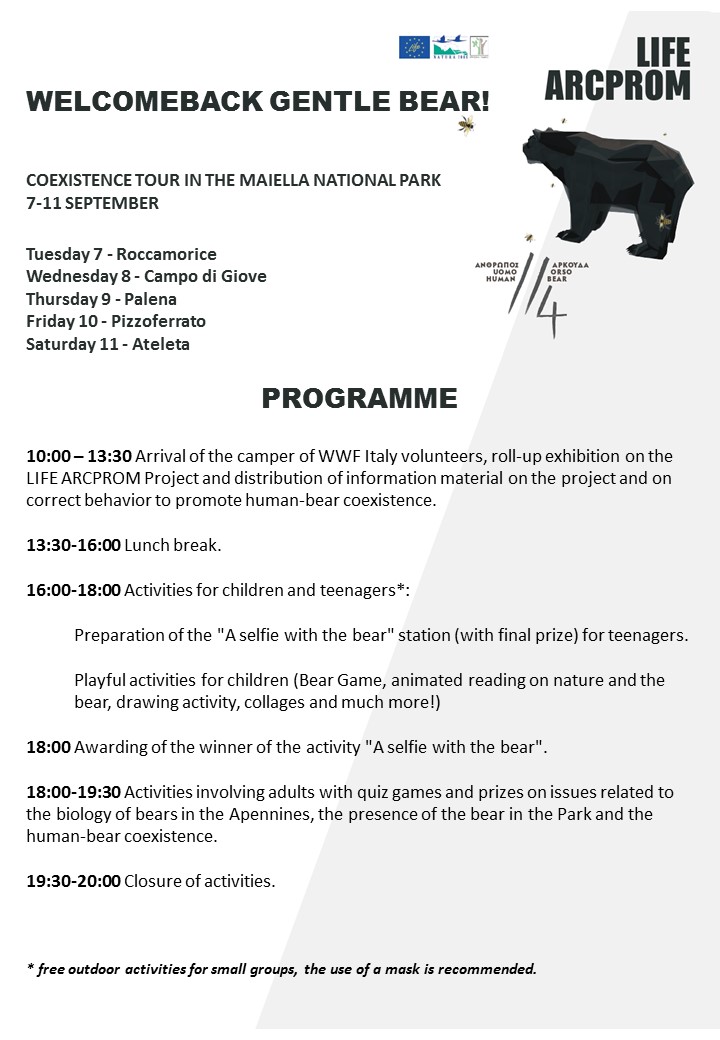 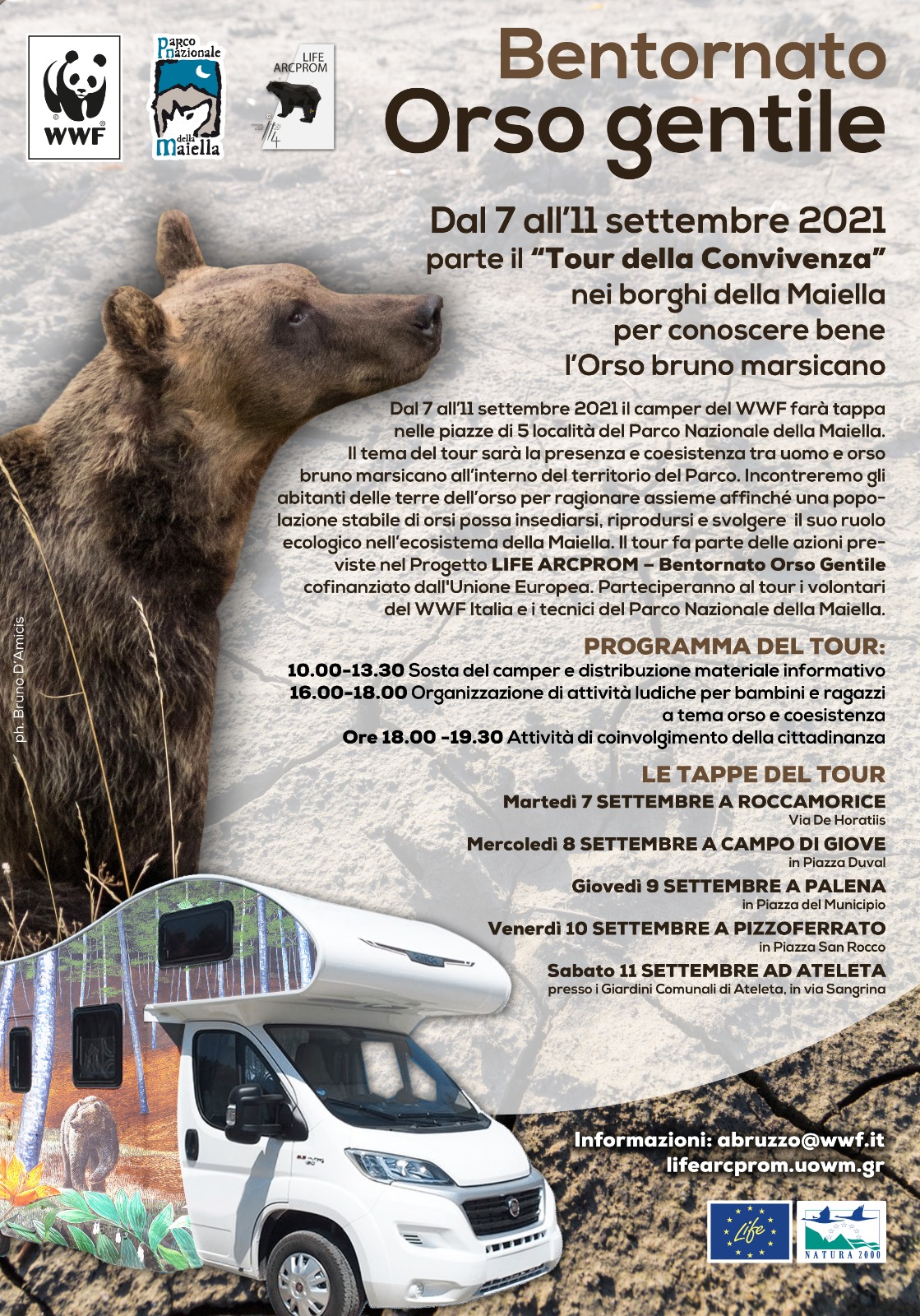