On January 15th and 16th, at the offices of the Prespa National Park Management Agency, a working meeting of the LIFEARCPROM project “Improving the coexistence of man and bear in 4 National Parks in Southern Europe” was held with success.
The meeting was attended by the Greek partners of the LIFE ARCPROM project and specifically the Management Bodies of the three National Parks, Prespa, Rodopi and North Pindos, the Department of Fine and Applied Arts – School of Fine Arts – of the University of Western Macedonia, the Department of Veterinary Medicine –of the University of Thessaly as well as the Environmental NGO Callisto. Ms. Georgia Valaora, a member of the external monitoring team of the LIFE program, who will monitor the progress of the project on behalf of the European Commission was also present at the meeting.
The main scope of the meeting was to coordinate the actions of the project, and to discuss several technical details. At the same time, a transfer of best practices took place by the Hellenic Ornithological Society (HOS) for the operation of the Anti-Poison Detectio Dog Unit, as similar unitss will operate in all three National Parks through the program. After the end of the meeting, a demonstration was held by “Ioli”, the specially trained dog of HOS and its operator,Mrs Victoria Saravia. Furthermore, during the meeting the partners had the chance to discuss the following issues: the synergy of the LIFE ARCPROM project with the actions included in the Technical Bulletin of YMEPERAA for the National Park of North Pindos, the distribution of first aid anti-poison kits for dogs that have consumed a poison bait, and the communication strategy of the project.
The LIFE ARCPROM was officially launched in October 2019 and will run until 2024. Its main objectives include developing innovative actions to manage human-bear interactions, tackling bear approach to residential areas, the minimization of illegal practices which. have a significant impact on fauna and ecosystems, such as the use of poison baits and the implementation of effective measures to prevent damage by large carnivores in the agricultural economy. 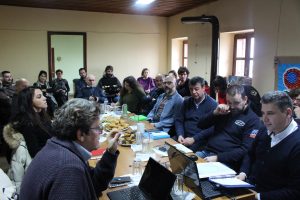 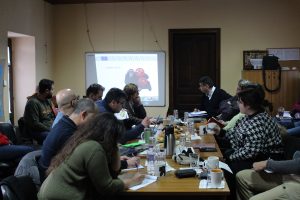 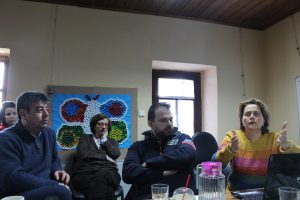 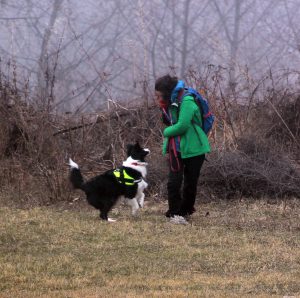 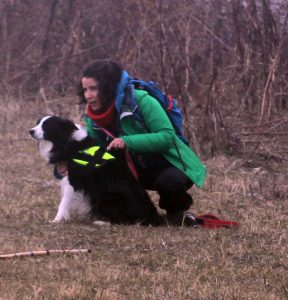 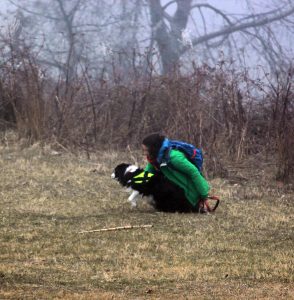 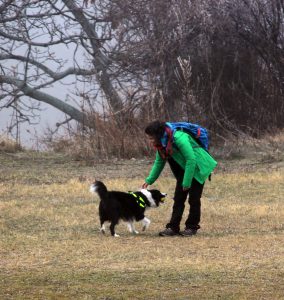 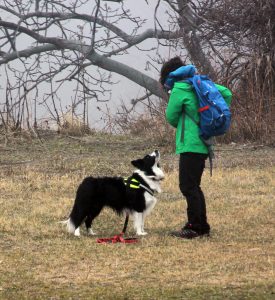 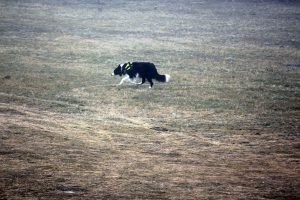 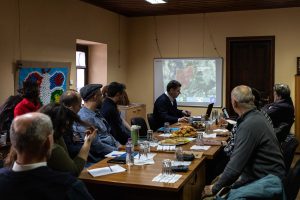 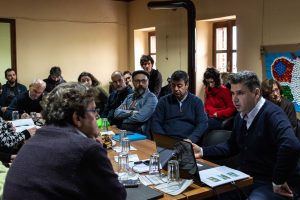 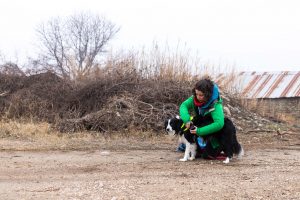 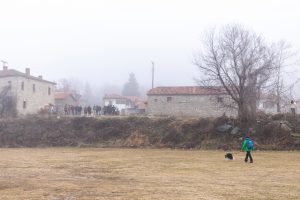 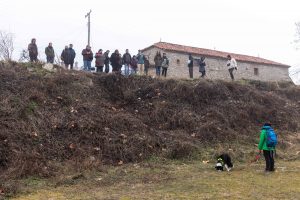